Josh Hardin, director of athletics, is the recipient of the 2020 Athletic Director of the Year Award.

The annual award is presented to an individual who exemplifies the highest standards of their profession and who, through their influence on the lives of young people, has made significant contributions to their school and community.

Hardin has been the district's athletic director since 2016.

Under his leadership, the district now offers an elementary athletic program with camps, clinics and athletic competition for students in grades K-6. He also organized the Student Athletic Leadership Team to inspire high school athletes to be leaders in their school and community. In 2018, he launched the Academic & Athletic Accountability (AAA) Pathway to offer academic support and resources for all student-athletes. AAA Pathway was highlighted in Education Week, a national publication.

"I am honored to be presented with this award and to be working with a staff that is so dedicated to our student-athletes," Hardin said.

Steve Ellison, athletic director at Walnut Hills High School, was presented with the 2020 Distinguished Service Award in recognition of his length of service, special accomplishments and contributions to athletic administration at the local, state and national levels. In 2019, he was honored as the Athletic Director of the Year.

Ellison is also the president of the Minority Athletic Directors Association, which focuses on providing scholarships for minority student-athletes, mentorship, college workshops, and community service throughout southwest Ohio.

"It is an honor to receive this award. I have been blessed to be surrounded by phenomenal staff, coaches, teachers, administrators, and students," Ellison said.

Hardin and Ellison will receive their awards in November at the OIAAA State Conference in Columbus. 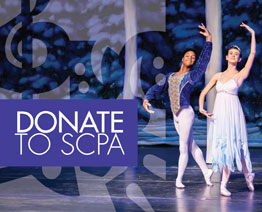 Connect with us and see how students are prepared for life!