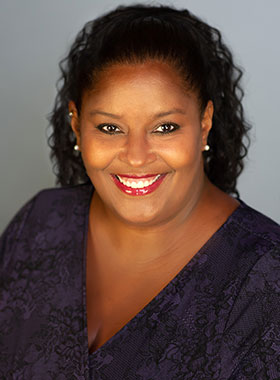 Angela Powell Walker joined the School for Creative and Performing Arts (SCPA) in August 2015 as artistic director. Her prior experience includes performing as an opera singer on the world stage and teaching at several universities and secondary schools, including the prestigious Duke Ellington School of the Arts in Washington, D.C. She is a 1986 SCPA graduate.

Most recently, Powell Walker served as chief executive officer and artistic director of the Children's Theatre of Cincinnati and as an adjunct faculty member at Northern Kentucky University, where she maintained a voice studio of 15 students, teaching established techniques for vocal production. She also was an adjunct at Washington Bible College and taught at Suitland High School Visual and Performing Arts, both in Lanham, Maryland.